“The 2016 Red Bull Heavy Water race was by far the hardest and gnarliest race I have competed in.
The whole mission started after the World Series event on Maui. This 2-day event was on Saturday and Sunday. And right after the Sprint racing on Sunday – I rushed home to pack all my wet gear and my 2017 Allstar 12’6” Starboard. And then I headed to the airport for the red eye. Zane and I landed on Monday and we had the green light that the event would go on Tuesday.

I woke up at 6:00 to start eating and getting organized and made my way to the start location at Ocean Beach. After watching 10 foot waves rolling in – we got the news that the event was on hold and would be running on Wednesday. Not sure of the exact reason, but it was a much needed rest day and allowed Zane and I to modify our boards with extra handles on the tails of them.

I got a great night of sleep with a full belly to fuel me up for the biggest race of the year for me with the World Title on the line. The race now started at 12:30pm and we had a safety meeting before the race. Then we suited up for the battle – start to finish.

The course zigzagged out and back three times from Ocean Beach through the crashing surf break, then we headed north along the rocky coastline of Land’s End, under the Golden Gate Bridge and into San Francisco Bay. All together it was a 7.5-mile endurance race that ended at the St. Frances Yacht Club.

The waves were about 6-8 feet and just doubling up on the inside. All the athletes lined up and when the horn blew I sprinted into the water and right away was looking for a little channel. I had to hop a few waves and all of a sudden there was a nice little keyhole that I was able to sneak out through. Only a few of us made it through and then Kai, Casper and I pushed forward and created a small gap. As I turned the first buoy to head down to the next turn into the beach there were some small bumps to catch and Kai and I pulled away a few board lengths. We turned the next buoy together and went straight into the beach.

Of course a big set of the day came and Kai and I looked at each other and just sent it!! We both ended up making the drop, but it just exploded us off our boards. Then the current ripped us down the beach giving us a longer run up the beach and around the first beach flag. Now I had to go out two more times and one more leg in through the surf. I started to get in a comfortable pace to keep up with the top three, but still conserving some energy for the long distance part of this race.

Casper, Kai and I all turned the buoy and started heading into the beach and once again a bomb came through, which only Kai and I caught. It was a nice rolling swell until I got into the inside and the wave just doubled up into this crazy shore break wave that absolutely destroyed me. Luckily I popped up pretty quick and got on my board before the next wave. By the time I realized that it was too late to go – the wave sucked me up and I buried my nose into the sand and I felt the board break underwater.

I was definitely tripping out and just hoping the board was still in one piece, so that I could finish the race.

In the meantime, Kai and Casper pulled a gap on me – which gave me a second to breathe and look up at the ocean as I was running on the beach. I noticed that Kai and Casper took a shape turn around the beach flag and got stuck on the inside and in the current. So I used my ocean knowledge and ran up the beach a little ways and saw a small channel to sprint through and that is what did it for me. I ended up making it out of the surf quickly and notice that no one else made it out with me – so I put my head down and the gas on!

The board was luckily holding up and there were little bumps that I was able to catch – plus the current was going with us and it made it even easier to maintain the lead. For awhile I just stayed in my zone until the boat came next to me and told me I was in the back eddy and the boys were catching up to me. So I quickly changed my gears and booked it into clean water. They were able to catch up a little, but I still had a comfortable lead.

In the beginning of the race, I was just hoping that I was next to the top three boys after the surf race portion, But then to have this gap I knew that all the hard work and time was paying off. The race wasn’t over yet considering we still had a few miles to go and we still had to catch a wave under the bridge and turn one more buoy.

I kept a good pace up in the bumps, just making sure I held enough of a gap to keep the lead. Once I got under the Golden Gate Bridge a perfect little wave rolled under me bringing me right to the last buoy turn and a straight shot to the finish line.

Now it was completely flat water and I had a nice comfortable lead. So I focused on my breathing and my paddling technique and next thing you know I looked up and crossed the line in first place.

For me the race was over, but my Overall World Title was still on the line. Casper needed to be in the top three to win the overall title – so I sat down and watched the next guys come in. Kai was pretty close to me finishing in second and in the distance I saw a Blue Board in third place – and I knew my boy Zane hammered his butt off to be in third and help me clinch my Overall World Title!

This race was way more than I expected in many ways. The water was coming from every direction; you have backwash, wind-wash, ground-swell, and current moving underneath you, so all those different variables made it really interesting and very difficult at the same time. So, to win it, I just feel like the luckiest guy, the hard work is definitely paying off and I can’t wait for next year.

Of course a Big Thanks to my sponsors for all their support and making what I do possible – Starboard, Dakine, Maui Jim Sunglasses, Futures Fins, Hammer Nutrition, GoPro, Garmin, Waterman’s Sunscreen, OnIt Pro, UB Super and Hi-Tech Sports.

Also a big Mahalo to all the event organizers and the volunteers. Great Event!!” 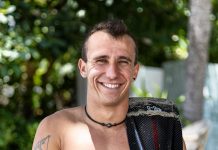 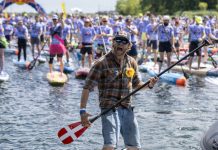 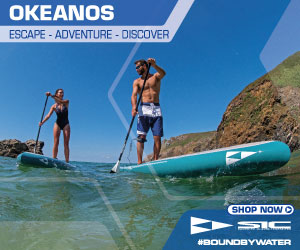