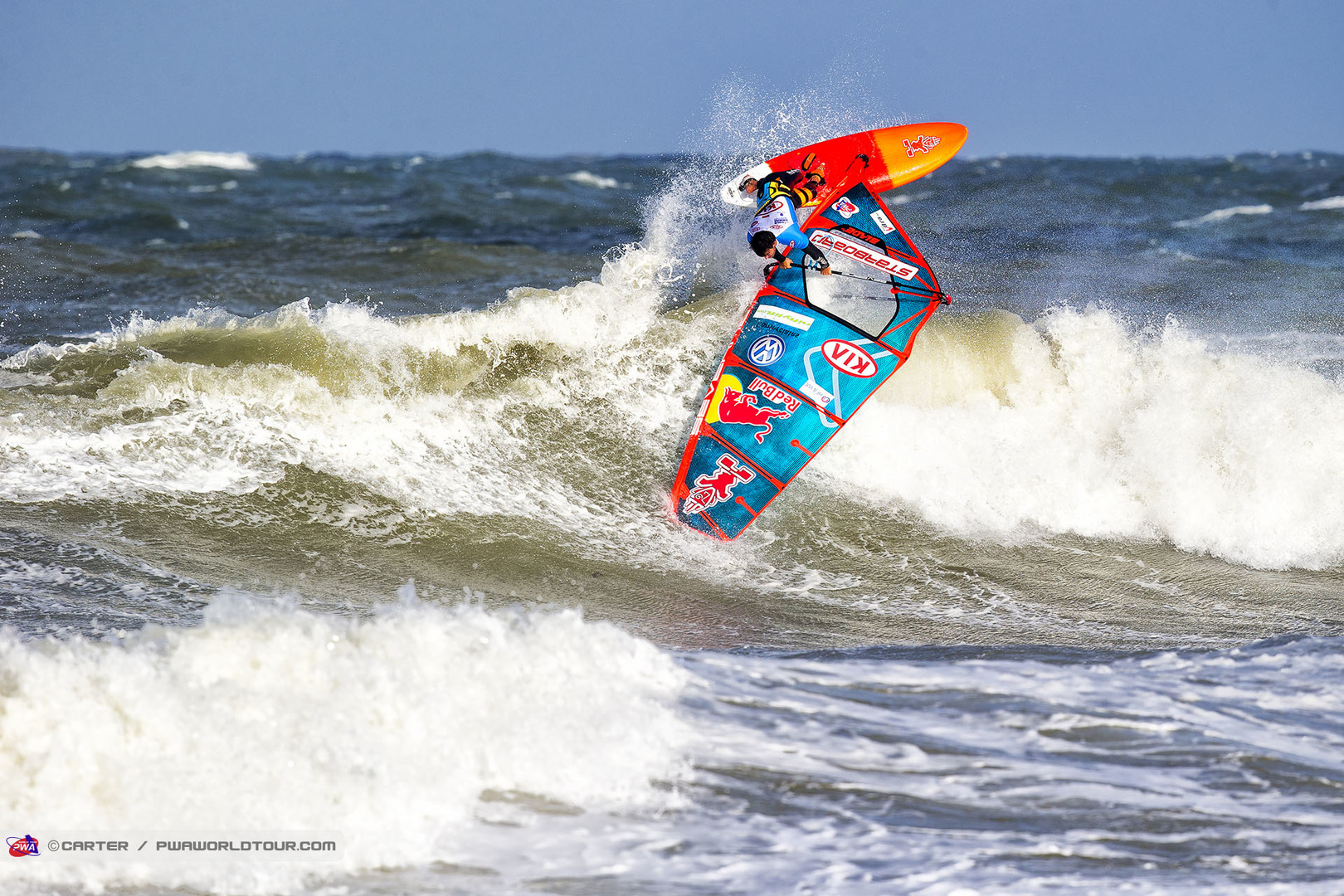 KIA Cold Hawaii PWA World Cup
Philip Köster is the King of Cold Hawaii for 2015 after an epic day in Klitmøller
Cold Hawaii
The sailors patience may have been tested in the opening four days, but their patience was more than rewarded today as Cold Hawaii maintained it’s 100% record in epic fashion. Not only was the single elimination completed, but also the double as Klitmøller reinstated its reputation as Cold Hawaii with wall-to-wall sunshine, frothy North Sea nuggets and howling winds.
By the end of an enthralling day it was Philip Köster (Starboard / Severne / Maui Ultra Fins), who fought his way to the top of the podium as he remained unbeaten after defeating Marcilio Browne (Goya Windsurfing / MFC) in the single elimination — followed by Victor Fernandez (Fanatic / North / MFC) in the double, which takes the two-time world champion to the top of the overall rankings, with his second victory of the year. However, there was several fascinating battles throughout the day with big upsets and epic comebacks, which really made the today one to remember.

Single Elimination
Winners’ Final
Philip Köster lined up against Marcilio Browne in the winners’ final and the German made an explosive start to the final with a trademark, bolt upright double forward — earning him 9.5 points — but the final wasn’t won in the air on this occasion as his Brazilian counterpart matched him toe-for-toe in the jumps department after landing a perfect double of his own almost immediately afterwards. The difference came in the waves — or in particular one outstanding wave from Köster — which consisted of a sick frontside 360 right in the critical section, landed fully planing, and a couple of vert snaps to earn perfect 10s from the judges. Browne also produced one wave in the excellent range but it wasn’t enough to stop the twenty-one year old from claiming first blood.
The biggest upset in the single elimination saw Moritz Mauch (Starboard / Severne / MFC) take down the defending event champion and reigning world champion — Thomas Traversa (Tabou / GA Sails) — in the second round. TT dominated in the air, but unusually the Frenchman couldn’t find the wave rides he required. Mauch looks dangerous all day on the wave combining vertical snap, after vertical snap with consummate and advanced by 0.12 of a point.
Alessio Stillrich (Fanatic / North) landed one of the best double forwards of his life against Ricardo Campello (Patrik / Point-7 / MFC) in Heat 9b as he almost planed out of it to be awarded 9.88 points. However, despite an amazing jump the 20 year old couldn’t quite claim one of the biggest scalps of his career as he failed to find a backup wave. At the end of the heat Stillrich missed out by just over half a point and would’ve only required a 5.5 point to advance.

Double Elimination
Victor Fernandez was on fire in the double elimination — just like he has been in each event this year. The Spaniard was the only other man aside form Köster to earn perfect 10s in the contest as he defeated Jaeger Stone (Starboard / Severne) and Marcilio Browne with a combination of stunning doubles and radical wave rides. Against Stone, Fernandez actually recorded the highest individual heat score of the entire competition to setup a mouth-watering final against Köster. However, Browne, will still be delighted with his performance today as he recorded his first podium finish of the year and also his best result by far as he returned to form.

The Battle of the World Title Contenders
Coming into the event Victor Fernandez led the world rankings, closely followed by Philip Köster, and fittingly the top two title contenders were the last men standing in the double elimination.
Köster may have made a quick start in the single elimination final, but in the double he came absolutely flying out the starting blocks — landing another trademark double forward straight off the bat — before further piling the pressure on Fernandez by wracking up the highest wave score of the heat — 9.5 points. Fernandez responded with a superb double forward of his own and soon brought the scores almost level with his best wave of the heat on his first attempt to earn 8.5 points, but unlike the prior two heats the 2010 world champion couldn’t find an amazing second wave to overhaul Köster — meaning Köster recaptured the title of being the Cold Hawaii King — a status he last held in 2011.
Philip Köster reacts to being crowned the King of Cold Hawaii for the second time: “I felt very comfortable on the water today once I changed to my bigger board and sail, which I need because I’m a bit heavier than everyone. For me it was a perfect day, Everyone heat went great and I scored my best wave ever here with the 360 in the single elimination.”
When asked about the final Köster added: “I wasn’t sure if I was going to win the final because I had one very good wave, but then the second one was a bit sketchy, Overall I was very happy though, I’d been watching Victor [Fernandez] in the heats before and he was absolutely ripping and it was a huge challenge to sail against him like always.”

Comeback Kings
Local boy Kenneth Danielsen (Simmer) staged a stunning comeback through the double elimination, much to the delight of the local crowd as the Dane won five consecutive heats. Danielsen finished 6th here in 2011 and he was in similar devastating form today as he firstly dispatching of Marc Paré (99NoveNove / Simmer / Maui Ultra Fins) followed by Alessio Stillrich (Fanatic / North), Graham Ezzy (Tabou / Ezzy), Moritz Mauch and Jules Denel (JP / NeilPryde).
At the same time as Danielsen another — almost local — Klaas Voget (Fanatic / Simmer / MFC) was staging a brilliant comeback of his own as the German slashed his way past four opponents in a row in the shape of; Adam Lewis (Fanatic / North), John Skye (RRD / RRD / MFC), Alex Mussolini (RRD / RRD) and Ricardo Campello (Patrik / Point-7 / MFC).
The two warriors of the North Sea were on a collision course and the duo inevitably came together in Heat 31 in the battle for 5th and 6th. Both sailors know Cold Hawaii like the back of their hands, but on this occasion it was Voget who would advance.
Jaeger Stone then halted Voget in his tracks as the Aussie ripper set his sights on back-to-back podiums, As always Stone’s wave riding was on point and he landed stylish one-footed, double kicked backloops on demand, but even this wasn’t enough in Heat 33 as Victor Fernandez delivered an almost perfect heat — leaving Stone to settle for fourth place.
Jules Denel saved his best until last against Dany Bruch (Starboard / Challenger Sails / AL360) in Heat 26 to snatch victory from the grasp of Bruch in the last minute of the heat. The Frenchman then defeated Robby Swift (JP / NeilPryde / Mystic / Maui Ultra Fins / SWOX) to finish 7th overall in the double elimination — which is Denel’s best result of the season. 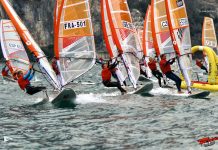 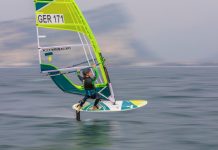 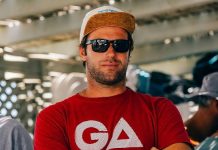 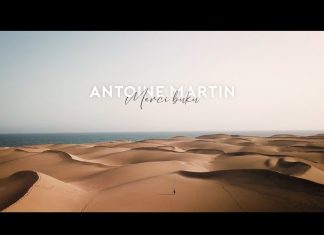 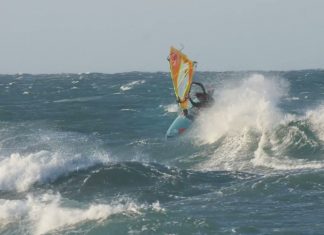