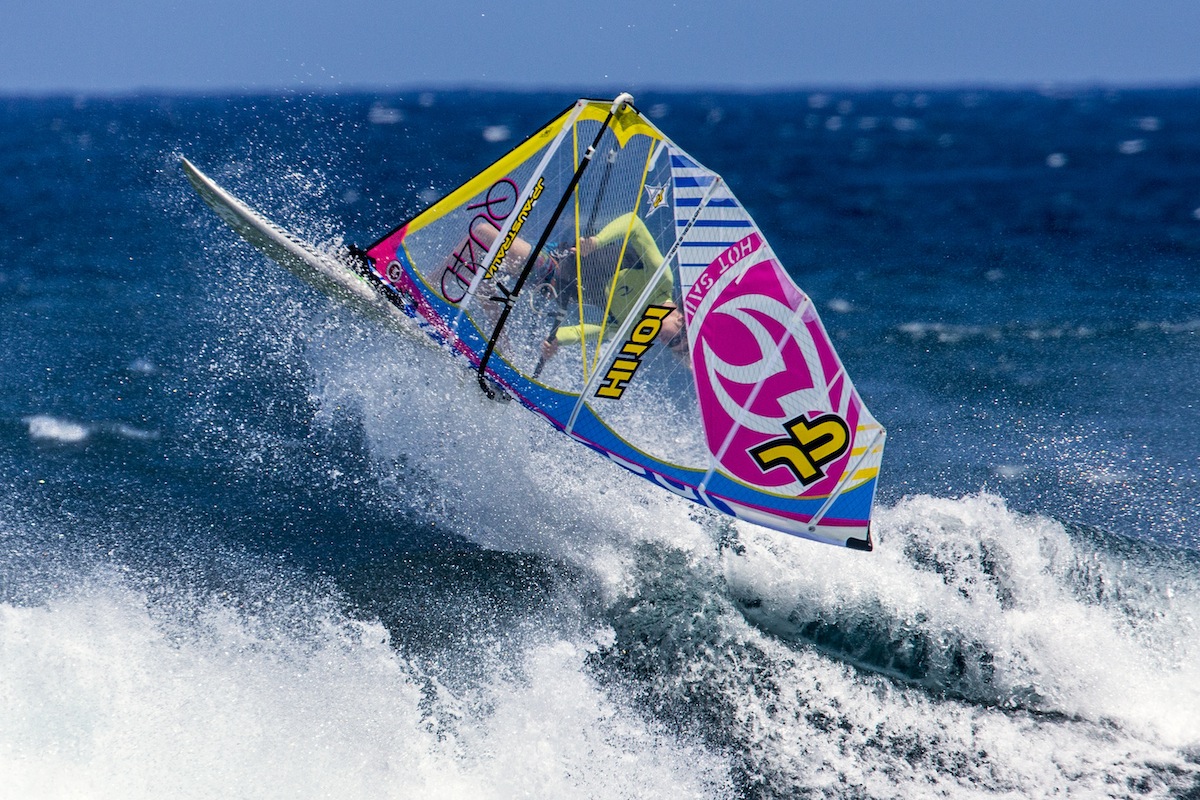 Hot Sails Maui is pleased to announce that 18yr Maui based ripper Morgan Noireaux has joined our Pro Wave Team with immediate effect. He will be working closely with Kauli, Tom & Jeff to continue the development of our wave sails. Morgan who finished the AWT 2012 in 4th spot is preparing for the new season and we expect great things in the months ahead. Already firmly established as one of the best riders at Ho’okipa Morgan has proved himself in a range of conditions while on Tour and adds a new dimension to the Hot Sails Maui Ohana.

Attached are a couple of images and a full interview in English and French versions, this are for immediate release and I thank you for publishing on your site and/or publication. A short video is available of Morgan’s first day at the office on his new QU4Ds.

Hot Sails Maui is extremely pleased to announce that 18 yr old Maui based ripper Morgan Noireux has signed for our Pro Wave Team with immediate effect. Morgan who finished the 2012 AWT in 4th overall with three podium finishes is one of the hottest riders at Ho’okipa and has proven himself in a range of conditions on the Tour. Morgan will be working closely with Kauli & Tom to continue the development of the wave sails and he completes the new look Hot Sails Maui line up. Morgan will be riding the new QU4D 4 batten ULTRA compact wave sail and we caught up with him about his move.

For Morgan
In the past you have always ridden for the biggest brands in windsurfing including Neil Pryde, North & JP Australia, why did you decide that you wanted to join Hot Sails Maui, a relatively smaller brand at this time in your career?
Being with a big brand can be a good thing but it definitely has down sides. At the end of my contract with North I decided I wanted to go with a company based on Maui, and the opportunity to go with Hot Sails Maui presented itself, which was perfect. Having most of the Hot Sails Maui crew based on the island is great, it is a tight knit group and I have a lot of support. It also makes it really easy for me, if I need something, or I have a question I can just go stop by the loft. I also got to try out the QU4D, which made the decision even easier!

What is your role at Hot Sails Maui and how would you like this to develop over time?
I will be doing what riders normally do such as getting pictures, coverage and videos, but I’ll also be testing sails and helping with the social media side of things. I am in charge of the new Hot Sails Maui Instagram account so you should follow the brand (and me) at ‘Instagram/hotsailsmaui’. Over time I’d like to be more and more involved with the brand and go from there.

How long is your contract?
I have a two year contract.

Last year you demonstrated that you belonged on the podium with excellent results in the AWT, what are your competition goals for 2013 (and 2014) and what do you need to do to achieve these?
Last year I made three podiums but did not do well in the Maui contest and missed the overall podium by one spot. That definitely lit a fire in me. My goal this year is to win the overall title, so I’ve been training hard on and off the water to make that happen.

What is a typical day in your life like?
I wake up around 7:00-7:30, check my emails and what not. Eat breakfast; go to college until 11:45. Then I go home eat lunch. Following that I go sailing, usually at Ho’okipa. I stop sailing at around 5:30 or 6:00 and go surf for an hour or so. After that I go home, eat dinner and later on go to sleep.

You graduated from High School last year while competing on the AWT and unlike many others you have decided to continue with full time education while riding and competing at the highest level, can you tell us a little about your decision to balance your education and your windsurfing career?
It doesn’t seem like it’s really possible to only windsurf at this point, I’d love to make a living windsurfing but it’s obviously quite difficult, so going to school seems like an obvious thing to do. All of my classes are in the morning though so my schedule still allows for tons of time on the water, which is great.

You will be working closely with your new (and old) team mate Kauli how do you feel this will influence your sailing?
At this point in time it seems like Kauli has influenced every wave sailor, with all of the work he has done with sails and boards. Plus Kauli’s a great guy and really easy to talk to, so I think it’s a great opportunity for me to be able to work closely with him. I’m sure I’m going to learn a lot, and it will help me improve my sailing and testing skills.

Still at a young age you already have considerable experience testing sails for North and now you will be testing for Hot Sails Maui, it is great to see you playing such a crucial role in the development of our sport, why is this work so important to you?
I enjoy testing a lot. I feel like it helps my sailing immensely as I have use lot’s of different sails and be really in tune with my gear and what I am feeling on the water.

At Ho’okipa you are clearly one of the best riders in the water with a powerful and fearless approach, does it frustrate you that the PWA Tour is dominated by onshore port tack conditions and would you be keen to compete if a more balanced Tour was developed?
I’m definitely at a disadvantage when it comes to the tour. To have a chance I would need to spend about six months out of the year in Pozo or somewhere similar, which is not something I’m willing to do. It is a bit unfortunate that the tour is not more balanced; it would make everyone have a more even playing field. I would have loved to sail in the Cape Verde event; hopefully it comes back at some point. Right now I’m just focusing on the AWT and I’ll wait and see if the PWA changes at some point.

We hear that there has not been much action in Maui this past month, what does a Pro windsurfer do when there is no wind?
I usually take advantage of the rare days with no wind to get some decent surf sessions.

For Jeff Henderson (HSM Owner / Designer)
Morgan learnt to windsurf on a Hot Sails Maui Micro sail, how does it feel to have him return to the brand now that is proving himself as one of the best wave riders in the world?
I have been watching Morgan since he learned to Windsurf at the Maui Sports Unlimited camps in 200(4?) on our MicroSlide sails. Like most young top sailors on Maui, he started windsurfing on our Youth Power rigs. Morgan showed an amazing determination after learning to windsurf and I enjoyed seeing him improve year after year often sailing at my home spot near Kanaha. He is a seriously committed windsurfer and I am stoked to have him working with us!

You have now recruited two top names to the Hot Sails Maui roster in recent months both who are on long-term contracts, what does this mean for the brand in the years ahead?
We are a wave sail company primarily and always have been. Morgan is a great addition and with Kauli as team leader, we now have a perfect set up for refining our new sails. With our whole team we can truly live by our brand motto of ” Maui born, Global Design”

For Tom Hammerton (HSM Designer)
How will the addition of Morgan add value to your sail development process?
It will be fantastic to have a Maui based rider available for testing all the time. He is a great talent and spends a lot of time on the water. In the past we have had new sails or re-cuts that needed testing and we have had no riders available to do it. Morgan is in town for college every morning and can pick up sails on the way to the beach in the afternoon. That way we can get instant feedback and keep the development process moving forward without delay.

For Chris Freeman (HSM Sales & Marketing Manager)
You have made it known for sometime that you wanted to have Morgan on the team, why does he fit with the brand so well?
Having watched Morgan tear apart Ho’okipa these past few years I knew that he would be at home with Hot Sails Maui, a brand with a rich wave heritage spanning back to 1985. Morgan is the real deal, a radical new school rider who can beat the best in small and big surf alike, he was unlucky not to finish the 2012 AWT season on the podium and I fully expect him to be a dominant force in 2013. One of the most impressive performances I have seen from him was actually last year at the Pistol River contest where after the event finished I watched from the beach as he destroyed wave after wave in the inhospitable Oregon waters. From my time in Maui and time traveling on the AWT I have developed a great deal of respect for Morgan’s drive and professionalism, he is not about hype, he just gets the job done and does it very well indeed. 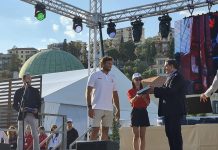 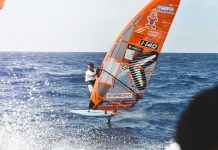 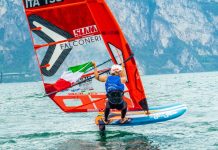